Last week i received a care package from the very awesome Wizards of the Coast Team,  inside? not road trip battleship but a number of Rise of the Combiners Booster for me to review. 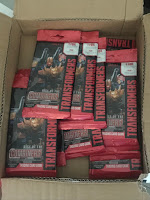 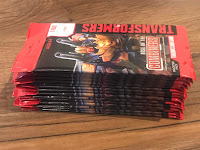 Firstly I just want to express that this is not a paid advert and my opinions are my own, and i am thankful for WotC and Hasbro for this opportunity to review the new product. so lets have at it!! 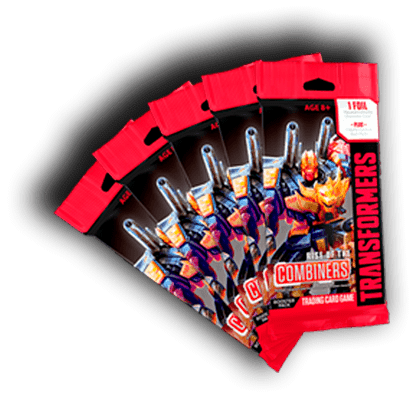 The packs are similar to wave one in that you get one oversized Character Card, 4 Common, 2 Uncommon and 1 Rare Battle Card.

Again like Series one, the Cards sit between two dummy cards and the battle cards are in a clear packet, so lets bust them open -

The Below is what i got for the characters 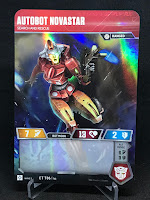 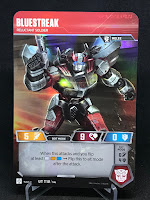 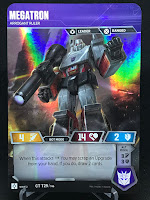 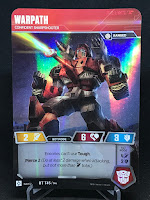 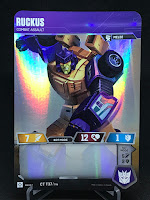 Please excuse the camera it really does not show off the foiling on the characters, they are much prettier in person and the art work is tremendous!

Warpath was the Only Rare i managed to pull in the 15 booster packs and he probably isnt that high up on the list if you want to include him in a team, and as far as tank mode is concerned his defence is pretty poor, but the art is lovely. 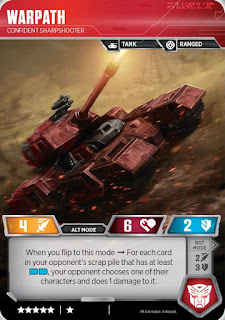 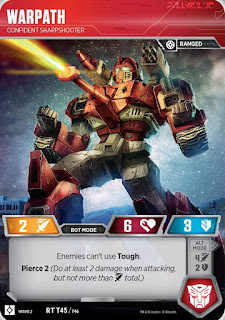 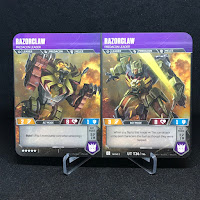 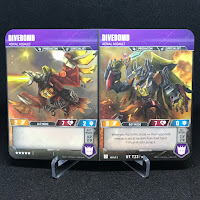 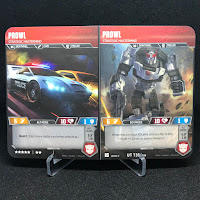 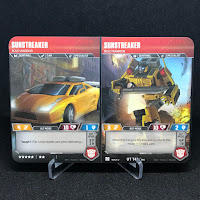 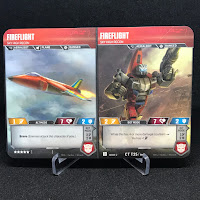 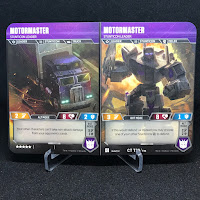 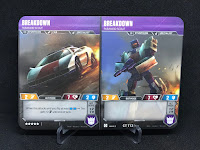 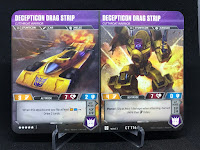 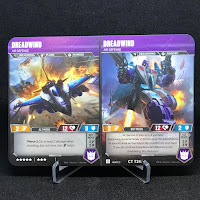 The fold cards are very clever, the Alt/Bot mode has more of a matt finish compared to the reverse side of the jumbo sized character cards, and when folded its sits flush on itself mostly, 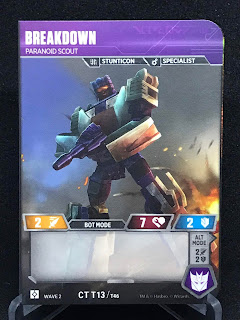 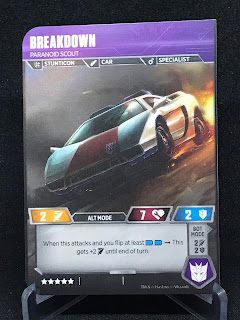 and by mostly i mean they also suffer from the curling effect we saw in series one, not as prominent but a slight curl and can be noticeable when folded and some cards more so then others, 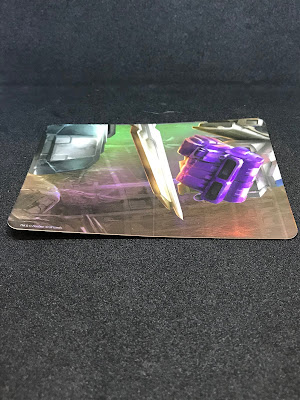 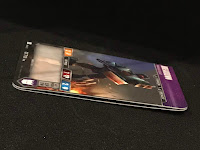 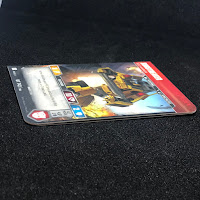 The 15 boosters gave me a great selection of battle cards to build an average generic deck from including some of the "Starred" battle cards which you can use to fill out your team if you fail to max out your 25 star limit. (which i don't think you will if you build a combiner team deck)

A nice selection of rares was also filtered through including Sentinel Enigma, these enigma cards are crucial in the deck build if you want to form your combiner and it is good that enigmas are not all rares so some will be more easily obtainable along with their corresponding teams

Overall the battle cards are no different to wave 1 in appearance and feel which is what you want so you can add too and expand you favourite wave 1 deck there was also some returning wave 1 card amongst the commons which i will look at in a future post,

It was Unfortunate in the 15 Boosters i didn't get enough team members to assemble a combiner, so i will have to wait to see how that gameplay errr plays out. For a full breakdown of characters and battle cards Visit Rise of the Combiners

There one thing that i am concerned with and that is protection and storage, it is bad enough that living here in Australia we don't have the easy access to some of the brilliant storage solutions available from either UltraPro and BCW and the gaming shops look at you blankly when making enquires about toploaders for the oversized cards.

But progress is slow and Deck Protectors have just become available here and have seen an interesting concept for the combiner fold cards where you can have your card in an oversized toploader and use token indicators for what mode your character is in. this may warrant further investigation. (Thanks Kelpie for pointing me in this direction) 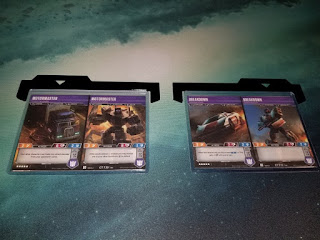 I would like to also mention that some stores within Australia have a "Buy a Box" Promotion on at the moment where you purchase a box of Rise of the Combiners and you will get a Titan Class Omega Supreme Card as a Bonus, So check with you local Gaming store or card stockist!

Again i would like to thank WotC for the opportunity to review some of this product, it adds a whole new level of game play to the Transformers Trading Card Game, i will be adding more to my collection as i aim to build myself a combiner!!

Can you take down a combiner.