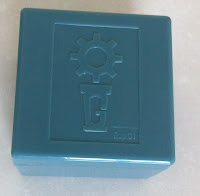 A Novel Design Feature about the packaging for the Replacement heads is that the box is the perfect size for Kup to carry as cargo.. after all in the heat of battle you don't want to lose your head.

The Heads are designed after the IDW Kup Design which is a pretty good looking head for the old timer..one with his "Cy-Gar" and one without.. i have decided to put the cy-gar smoking head on Kup (remember smoking is hazardous to all transformers) 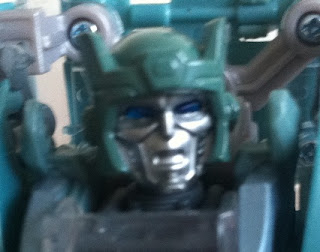 Off with the Old. 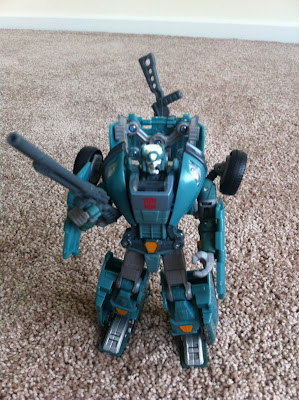 Kup is now ready for some Wreckers Action!!

Whilst i am not a big fan of third party products or modifying figures i do like the newer head for Kup the existing head he had just did not look right(its like it came out of the mould wrong). a cheap modification that wont look out of place on the shelf.